Comparing DUI Statistics of the U.S. vs. Other Countries - Sand Law North Dakota 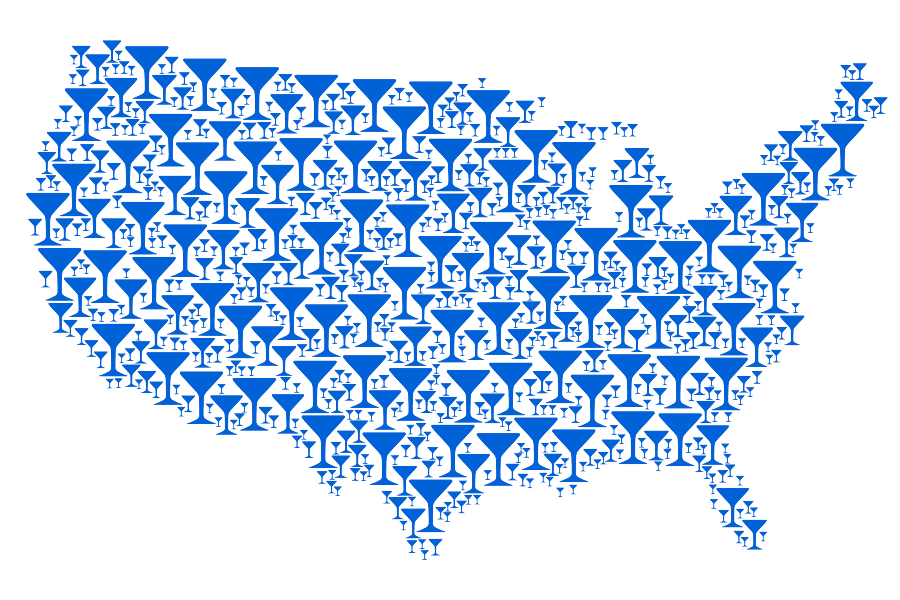 DUI Statistics in the United States

In 2018, 10,511 people died in alcohol related accidents in the United States. The FBI also estimates that around 1 million drivers were arrested for driving under the influence of alcohol drugs in the same year.

In 1984, Congress changed the legal drinking age from 18 to 21. The NHTSA (National Highway Traffic Safety Administration) believes that the change of this law has saved around 32,000 lives over the past few decades. Out of all deaths from DUI car accidents, 50% of the teenagers who die in these accidents are passengers, not drivers or motorcyclists. This means that the majority of people who die aren’t even the ones deciding to drive drunk, but the ones getting into cars with drunk drivers.

An arrest for a DUI can cause your insurance to skyrocket by around 71%. Many drivers find it impossible to get back on the road after their DUI, simply because the costs become too expensive for them to afford. However, drunk driving is on a decline. Between 1991 and 2017, the rate of accidents and fatalities has decreased by 50%.

DUI Statistics Around the World

While the United States may seem like we have high numbers for DUI accidents every year, we actually are the third worst country when it comes to drunk driving—which obviously isn’t great. In 2015, South Africa was ranked number one as the worst country when it comes to drunk driving. With 58% of their fatal accidents involving alcohol in some way, they sit high above the second and third seats. The second seat goes to Canada, at 34% and the third to the United States at 31%. Countries on the lower end of the spectrum include Germany (9%), Russia (9%), India (5%), and China (4%).

What happens if you get a DUI in the United States?

Getting a first-time DUI can be a frightening experience for many people, especially since you may still be under the influence when being arrested. It depends on the state you’re located in, but you’ll likely be arrested on the spot for your DUI. Some states will allow you to be released when bail is paid, but other states have a one- or two-day minimum sentence for people who are arrested for driving under the influence. Your circumstances may be different depending on the nature of your accident. If anyone else is injured, or even killed, your jail time could be much longer. However, this would normally be determined in court.

When you’re arrested you’ll be given a court date to face your charges. You have the right to fight the charges in court, aided by an experienced DUI attorney. After this, you’ll lose your license for a period of time. After your license is restored, you may have to deal with a variety of restrictions, like taking a breathalyzer before starting your car.

You may also have to serve a probation, even if you don’t serve jail time. This probation will be used to keep someone from repeating an offense. If you were to repeat your offense, you may face greater jail time for breaking your probation.

Before getting your license back, you may have to attend driving school specifically for people convicted of DUIs. You’ll then have to pay your fines in order to get your license back. Your insurance may also go up because of your new DUI.

What are DUI penalties in other countries?

Let’s look at South Africa, the country with the highest concentration of alcohol accidents in the world. In South Africa, it’s illegal to drive with a blood alcohol content greater than .05, a little lower than the US’s .08mg/dl. If you’re arrested for drunk driving, you’ll likely be granted bail. However, if you’re convicted a second time, you may be sent to prison for up to six years.

Getting a DUI in Canada is pretty similar to getting one in the United States. You’re convicted and you may have to serve jail time and pay fines. Your license may also be suspended.

In China, the legal limit for alcohol in the blood while driving is .02mg, much lower than both the US and South Africa. They have a zero-tolerance policy for repeat offenders, and may suspend your license for a few months even if you’re a first time offender.

Does the United States have strict-enough DUI laws?

When comparing the United States to other countries, it’s easy to see that many other countries have stricter laws than the US, especially when it comes to longer suspension times and higher fines. Other countries generally make it harder to get back on the road after a DUI. This can cause people to be more careful about driving under the influence in the first place. In China, their low tolerance policies seem to be working when it comes to keeping drunk drivers off the roads. The United States could experiment with tighter laws and see what happens. However, our percentages seem to be going down over the years.

If you’ve been charged with DUI or DWI, our lawyers may be able to assist you and defend your rights to the full extent. For more information, or a free case evaluation, please contact us online or at 701-609-1510.